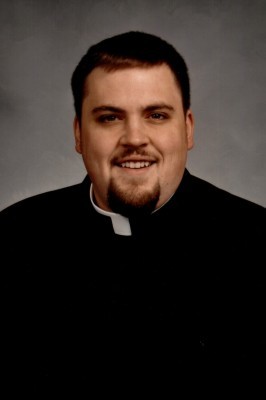 Rev. Eric Allan Kleinschmidt was installed as the Sole Pastor of Redeemer Lutheran Church on December 11, 2011. Previously Pastor Kleinschmidt had been called on April 24,  2007 to serve as Associate Pastor of the congregation and was installed on July 8, 2007 by the Rev. Arthur R. Burkman. He had also served as Redeemer’s 20th Vicar in 2005-2006. He was ordained on June 24th, 2007 by the Rev. Alden J. Beversdorf at St. John Lutheran Church in Merrill, Wisconsin.

Pastor Kleinschmidt was born and raised in Merrill, Wisconsin. He was baptized and confirmed at St. John Evangelical Lutheran Church and School where he attended until the eighth grade. He graduated Merrill Senior High School in 1999 where he was active in Mock Trial, Debate, and the Boy Scouts of America receiving his Eagle Scout Award in 1998. He also won the local VFW Voice of Democracy speech contest during his senior year. He then attended Concordia University Wisconsin graduating cum laude in 2003 with a Bachelor of Arts degree in Pastoral Ministry. He enrolled at Concordia Theological Seminary in Fort Wayne Indiana, graduating in 2007 with a Master of Divinity degree with a focus on Systematic Theology. During his time at the seminary, Pastor Kleinschmidt served as President of Concordia Toastmasters Club of Toastmasters International, and won the Systematic Theology Department award for his senior paper entitled “A Kantian Perspective on Postmodernity in Relation to the Lord’s Supper and Biblical Truth.”

Pastor Kleinschmidt lives in Dyer with his wife Meghan and their son Judah. In his spare time he likes to destroy parts of his house and then rebuild them, play post-apocalyptic games, and refinish old furniture. He hopes to enjoy a long, fruitful ministry serving the people of God at Redeemer and in the surrounding communities. 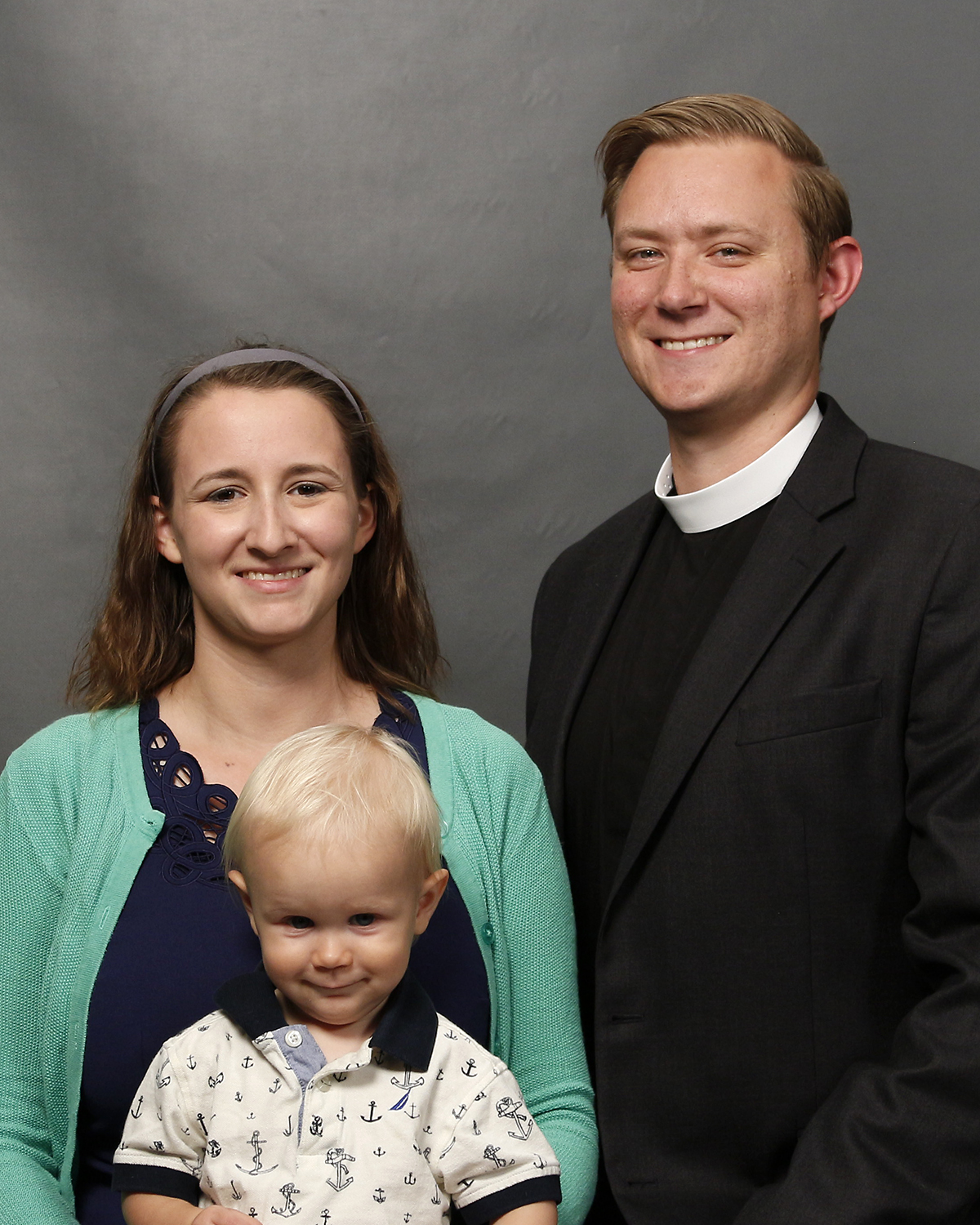 Addison Pope grew up in the suburbs and small towns around Toledo, Ohio. He was born in July of 1994 and baptized a few months later. Addison was baptized and catechized in a congregation of the Evangelical Lutheran Church in America (ELCA) in Perrysburg, a suburb of Toledo.

After graduating high school Addison attended the University of Findlay in Findlay, Ohio, where he earned a BA in history. While he was in college, he began taking Christianity seriously and started to study theology. Through much study and contemplation, the Holy Spirit led him to confessional Lutheranism and he began attending the local LCMS church: Concordia Lutheran in Findlay. While studying at Findlay, he also met his wife, Madelaine. They were both part of a reading group that read the works of J.R.R. Tolkien and C.S. Lewis aloud. Addison and Madelaine were married soon after they graduated in June of 2017. The Popes then moved to Bowing Green, Ohio so that Madelaine could pursue a master’s degree in literature at Bowling Green State University.

While living in Bowling Green, Addison worked as a security officer at a Chrysler factory in Perrysburg. This job gave him a lot of time to think, and he began talking to his pastor about going to seminary. After Madelaine earned her Master’s degree in 2019 the two moved to Winchester, Kentucky. Addison worked as a security officer for the University of Kentucky (UK) hospital system while Madelaine taught at UK. While in Kentucky, Addison and Madelaine welcomed William Lewis Pope into the world in June of 2020. That fall, the family moved to Fort Wayne so that Addison could attend seminary, and he has been studying hard ever since.

Madelaine has a teaching job at Indiana Tech, which she will be continuing by teaching online writing classes next year while Addison is serving as a vicar. When he is not studying Addison enjoys hunting, fishing, gardening, and taking family nature walks with his American Bulldog, Ophelia. Madelaine enjoys reading Victorian fiction and hiking. William loves playing with toy trucks and singing out of Addison’s hymnal.

Addison is the 33rd Vicar of Redeemer Lutheran Church. 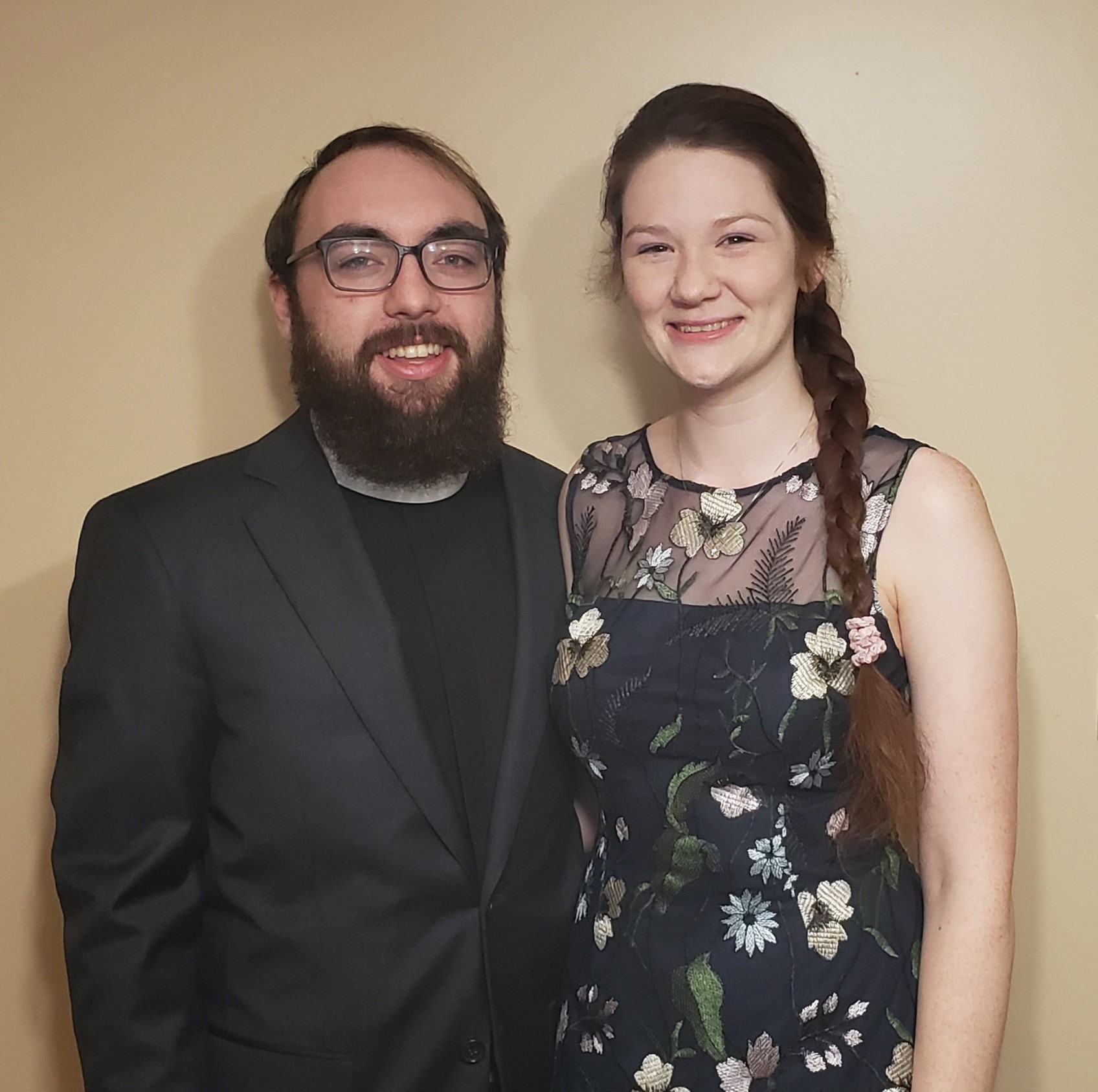 Redeemer sends our prayers and wishes Godspeed to our 2021-2022 Vicar Christian Mundorf, as he continues his education at Concordia Theological Seminary in Fort Wayne.